Pat’s all consuming fire of obsession with cinema was ignited on a cold New York winter day when saw his very first film on the big screen at the age of five. It was Star Wars, at the Loews Astor theater on Broadway and 44th Street.  His appreciation of ardent spirits was discovered many weeks later during his years at Brooklyn College where he met Scott and eventually went on to receive a degree in film studies. He is obsessed with old paper (comics, books, movie posters, lobby cards, etc) and really loves anything done very well or done very badly in the right way, be it arthouse and classic films, or grindhouse and schlock. He and his wife are cinephiles with complementing tastes who are currently trying to groom their young son to become a cineaste. 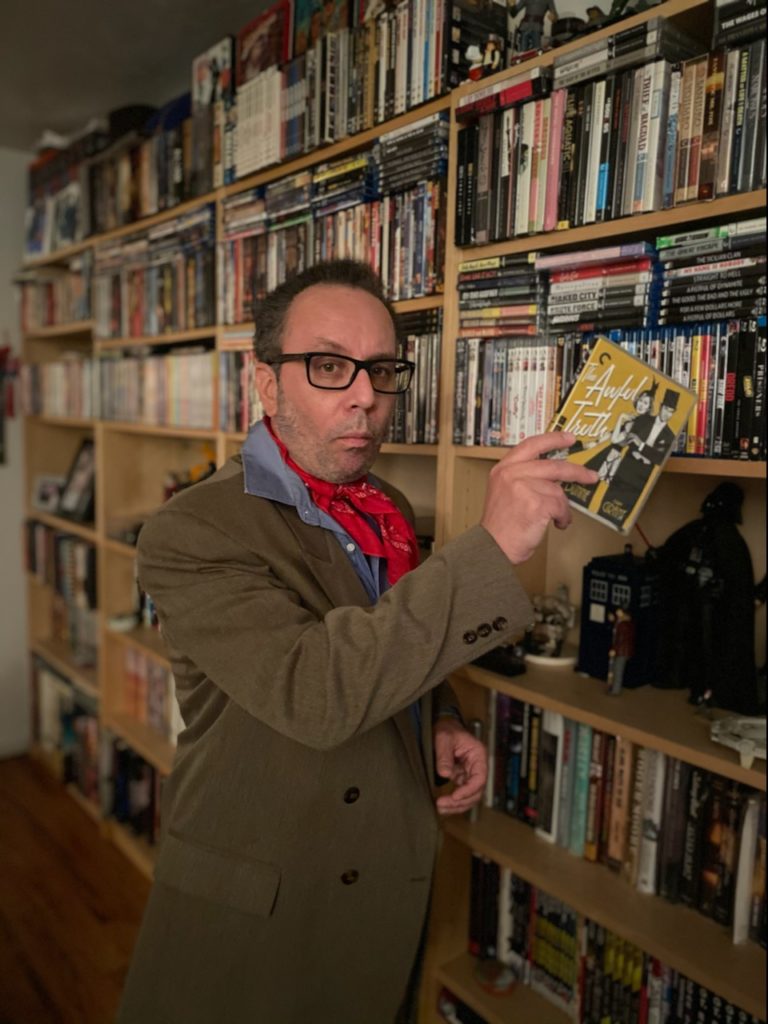 Scott discovered his love of movies around six years old, watching monster movies when visiting his Grandfather on Sunday afternoons. Since then his taste has expanded to include other genres (though he still has a soft spot for Godzilla). He is a software developer by day. When he’s not programming he can be found spending time with his wife and children, watching movies or woodworking in his garage (although he makes more sawdust then furniture). You can also visit Scott’s other websites www.fiendishplan.com and www.linuxconsultant.org

The Cinephiliac Lounge is hosted at SSD Nodes.  Our domain name was registered with name.com. We’re running the latest WordPress CMS, using a modified version of the Shift theme, with the following plugins: